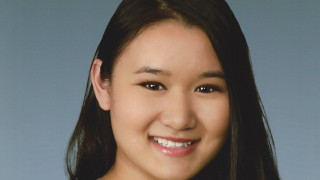 Kylie Aoki has taken advantage of opportunities to become involved, both on and off campus. Majoring in both political science and philosophy, with an Asian Studies minor, Kylie has acquired two internship positions and multiple on-campus roles, showcasing exceptional leadership.

Kylie learned the importance of networking at a career fair, where she met a representative from Vanguard Theater Company, a local non-profit theater company. Although working in a theater company was not where Kylie imagined she would be, she learned a lot from the experience. "The skills that I have developed in communication and coordination [at Vanguard] have helped me in other positions and in my on-campus activities." As an intern, Kylie assisted with events, auditions, rehearsals, fundraising, and discussions with the Junior Board.

The Career Center helped Kylie locate her next internship as a Student Trainee with the Department of the Navy Pathways, where she was able to draft and process investigation correspondence, reorganize case files, create visuals and graphics, and organize proposals. As in intern, Kyle "also learned how to adapt and market my skillset in a diverse way." She also developed the confidence to work with new people and in new environments.

In addition to her internships, Kylie has found much success as a leader on campus. She works as a Blue Crew Tour Guide in the Office of Undergraduate Admissions and is the President of Seton Hall's Rotaract Club. She is also a facilitator with Seton Hall's Inclusion Alliance Program, and is the newly appointed Political Science representative on the College of Arts and Sciences Dean's Undergraduate Student Cabinet.