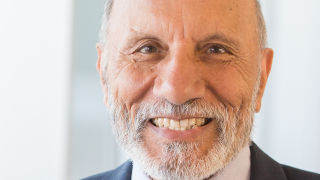 Professor A.D. Amar, an acknowledged expert on thought worker management and Indian business who teaches management at the Stillman School of Business, was featured in the South Asian Times. The essay is entitled "Calling out China's cyber hacking to protect America's Intellectual Property was long overdue."

In the piece, Professor Amar notes that

On July 19, 2021, the Biden Administration, in conjunction with Japan, Canada, Germany and other European countries, and NATO, formally accused China of cyber attack on Microsoft Exchange. In San Diego, CA, a federal grand jury indicted four Chinese nationals and residents for hacking into dozens of universities, companies, and government entities. According to the Homeland Security, this happened between 2011 and 2018 in the USA and other countries.

Referring to an old adage commonly used among technology and innovation professionals, "Well stolen is half-done," Amar relates that because the probability of being caught and punished for stealing intellectual property is "quite low," the adage is the modus operandi of "a large number of companies in the world" that steal "from their competitors, government agencies, universities, and from all those who possess or are in custody of the intellect of value to them."

However, this adage would not apply anywhere more appropriately than in the case of the People's Republic of China where, because of the ownership and governance regulation, mostly, the country and the companies are the same thing. There is no boundary between them. China is like a multi-trillion-dollar conglomerate that has an endless budget and endless human resources for the purpose. This is how it has achieved development at such a high speed, and in many cases, has surpassed the western world – those who had been the originators of the technologies.

The above is true for the areas of artificial intelligence (AI), quantum computing, and movements at hypersonic speed—five times the supersonic speed. These have resulted in Chinese global leadership in drone technology, infrastructure, advanced manufacturing, hypersonic speed vehicles—UAP (Unidentified Aerial Phenomena) and communication technology. Because of these developments, if there were to be a war in the future, based on the technology in the Chinese possession, it would have a great advantage against the West and would be able to better and faster design, manufacture, and deliver the war weapons, such as the missiles, at the hypersonic speed.

These developments have left America and other democracies in the dust in these and many other areas of technologies which are based on the scientific facts that had been discovered, developed, and advanced somewhere outside China. Because now China has surpassed the West, it is less dependent on the West for them and wants to protect what it has developed. Therefore, it advocates the need for intellectual property protection, respect for the rights of inventors and patent holders, and an orderly, respectful behavior globally. Nevertheless, the West has to make sure that it protects itself and other nations from cyber hacking.