The Olympics: No Fans or Families in the Stands? Nearly Half of Americans Say They’ll Still Be Watching 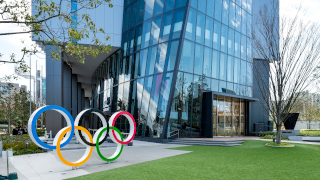 The Tokyo Summer Olympic Games are still two months away. Due to the Covid-19 pandemic the Games have already been postponed once (2020), there are currently demonstrations against the Games and opinion polls in Japan are calling for the Olympics to be cancelled. Thus far, the Japanese government and Olympic Committee have moved to exclude from the stands foreign fans, including families of the athletes, and are scheduled to soon announce whether any fans whatsoever will be allowed in the venues.

The poll was conducted May 21-24 geographically spread across the United States using a national representative sample weighted according to gender, age, ethnicity, education, income and geography based on U.S. Census Bureau figures. The Poll had 1,554 adult respondents with a margin of error of +/- 3.2 percent.

Will a Fanless Stadium Make You Tune Out?
Asked if an absence of fans would deter them from watching the games on TV, 62 percent of the general public said it would not, with 22 percent saying they were less likely to watch without fans in the stands.

Did You Watch in 2016?
When the Games were held five years ago in Brazil, which allowed for much more live coverage in the United States, 51 percent of the general population said they watched at least some of the competition (more than just opening and closing ceremonies). Among self described sports fans that number rose to 66 percent and to 74 percent for avid fans.

No Fans = Less Exciting?
Fifty two percent said an absence of fans in the stands would not diminish the excitement of watching the Games, though 32 percent said it would.

Peek at Results in Real Time?
Asked if they planned on checking internet/social media in advance of watching the delayed recordings events, 27 percent of the general population said yes, to 37 percent of sports fans and 50 percent of avid fans.

"Knowing that the fans help to swell excitement, it will present a challenge to NBC to deal with the crowd factor in a way they never have before," said Marketing Professor and Poll Methodologist Daniel Ladik. "There will surely be a lot of camera time spent on cheering teammates."

Athletes Using Olympic Platform for Social Commentary
A majority of the general population – 53 percent – thought it was appropriate for Olympic athletes to speak out on human rights issues in their own nation, a number which rose to 56 percent among sports fans and 61 percent among avid fans. The numbers opposing athletes speaking out were 28-27-25 percent respectively.

Speaking Out Against Other Nations?
When asked about athletes speaking out against perceived human rights issues in other nations, the number approving dropped a bit, to 49 percent of the general population, 51 percent of sports fans and 58 percent of avid fans.

"The history of protest at the Olympics has not been one of accommodation, and this year will be no different," said Charles Grantham, director of the Center for Sport Management within Seton Hall's Stillman School of Business. "Although they won gold and silver in 1968, John Carlos and Tommie Smith were essentially 'canceled' from the Olympics for having the courage to stand in solidarity for human rights. The IOC has already said that they will punish athletes who protest at the 2021 Olympics – the American public is divided on this question in Japan, it will be interesting to see how this unfolds just seven months later for the Winter Olympics in China, a country with a record of human rights violations."

Baseball, Softball Are Back in the Games; Should Major Leaguers Have Been Allowed In
This year marks a return of baseball and softball to the Olympic Games, and the U.S. baseball roster will not include Major League players, as MLB will not pause its season to allow them to compete. The public was divided on this question. Although fifty percent of avid fans think MLB should have paused, the number drops to 38 percent among sports fans and just 33 percent of the general population. Opposing such a shutdown were 34 percent of the general public, and 39 percent of both sports fans and avid fans.

The Seton Hall Sports Poll, conducted regularly since 2006, is performed by the Sharkey Institute within the Stillman School of Business. This poll was conducted online by YouGov Plc. using a national representative sample weighted according to gender, age, ethnicity, education, income and geography, based on U.S. Census Bureau figures. Respondents were selected from YouGov's opt-in panel to be representative of all U.S residents. This poll release conforms to the Standards of Disclosure of the National Council on Public Polls. The Seton Hall Sports Poll has been chosen for inclusion in iPoll by Cornell's Roper Center for Public Opinion Research and its findings have been published everywhere from USA Today, ESPN, The New York Times, Washington Post, AP, Reuters and McClatchey to CNBC, NPR, Yahoo Finance, Fox News and many points in between.