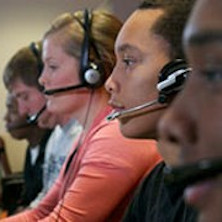 After discussions with community members and Native American groups, the Cleveland Indians are no more, with the franchise changing its name for the 2022 MLB season.

Perhaps unsurprisingly, Americans are divided on Cleveland's decision to drop "Indians" from its name, with 38 percent of the general public in favor of the change and 37 percent opposed – 25 percent said they either did not know or did not have an opinion.

These were the findings of a Seton Hall Sports Poll conducted December 8-13 across the United States using a national representative sample weighted according to gender, age, ethnicity, education, income and geography based on U.S. Census Bureau figures. The Poll had 1,570 adult respondents with a margin of error of +/- 3.2 percent.

"The sports business is a microcosm of our society, a mirror reflecting who we are," said Charles Grantham, Director of the Center for Sport Management within Seton Hall's Stillman School of Business, which sponsors the Poll. "The statistics speak to the deep divide in our attitudes on race and culture. The playing fields are not immune to the culture wars, and sports often play the role of battlefield as this country sorts out its differences. Remember, Jackie Robinson integrated MLB in 1947 amid resistance from team owners, players and the public alike."

Sports Fans in Favor of Change
Among sports fans the divided balance shifted in favor of a name change for the Cleveland baseball team. Among self-described "avid fans," 50 percent favored ridding the team of its reference to Native Americans while 33 percent opposed. Among sports fans in general, 44 percent favored the culturally sensitive move while 37 percent opposed. The rest ventured no opinion or did not know.

Fans: Yes, Change is Good, but Guardians is Not
The Cleveland baseball team is now the "Guardians," a name that did not receive as much support as the change itself. Among avid fans support dropped to 36 percent for the new name while 49 percent opposed it. Among all fans, only 30 percent supported the choice of the "Guardians" while 48 percent opposed. Amongst the general public, even less said they liked the name with 26 percent registering approval and 45 percent disapproval.

Support for Atlanta 'Braves' Among Fans, But Not So Much 'The Tomahawk Chop'
With the Cleveland Indians having changed their name to the Cleveland Guardians in time for the 2022 season, respondents were asked about the 2021 World Series winners, the Atlanta Braves.

Among avid fans, 34 percent said the name should be changed, while 50 percent said it should not. Among sports fans in general, support for the name change came from only 27 percent with 51 percent opposed. Among the general public, it was only 23 percent in favor of a name change for the Braves and 49 percent for leaving it as is. Twenty-eight percent said they did not know or held no opinion.

"The difference between avid fans and the general public on these issues is interesting," said Seton Hall Marketing Professor and Poll Methodologist Daniel Ladik. "All teams strive for an engaging team experience in the stadium. At the same time, encouraging what many deem a culturally insensitive activity such as the Tomahawk Chop could be alienating for many – and the numbers seem to show that to be the case among self-described avid fans – who have shown greater disfavor toward team encouragement of the Tomahawk Chop, greater favor for changing the name of the Cleveland Indians and even, although smaller, for changing the name of the Atlanta Braves. There seems to be a disconnect here among the most enthusiastic customer base that marketing professionals – and the league – should take heed of."

Questions and charted breakdowns may be found in an online version of this release at https://blogs.shu.edu/sportspoll/

The Seton Hall Sports Poll, conducted regularly since 2006, is performed by the Sharkey Institute within the Stillman School of Business. This poll was conducted online by YouGov Plc. using a national representative sample weighted according to gender, age, ethnicity, education, income and geography, based on U.S. Census Bureau figures. Respondents were selected from YouGov's opt-in panel to be representative of all U.S residents. This poll release conforms to the Standards of Disclosure of the National Council on Public Polls. The Seton Hall Sports Poll has been chosen for inclusion in iPoll by Cornell's Roper Center for Public Opinion Research and its findings have been published everywhere from USA Today, ESPN, The New York Times, Washington Post, AP, and Reuters to CNBC, NPR, Yahoo Finance, Fox News and many points in between.