Sports Poll on MLB: Fans will Have Less Interest when Games Resume After Lockout, Want DH in Both Leagues, Extension of Wild Card Series and Shorter Regular Season

Fans Divided on Baseball Rule Changes But by 6 to 1 Avid Fans Say Both Leagues Should Have DH, By 2 to 1 Fans Say Extend Wild Card to Series; Support Shorter Season 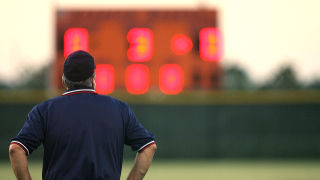 Even with Major League Baseball shutdown due to a labor lockout – and the traditional hot stove turned cold – the nation’s sports fans are not without strong opinions on matters being negotiated with the Players Association.

These were the findings of a Seton Hall Sports Poll conducted December 8-13 across the United States using a national representative sample weighted according to gender, age, ethnicity, education, income and geography based on U.S. Census Bureau figures. The Poll had 1,570 adult respondents with a margin of error of +/- 3.2 percent.

Despite the contract impasse, negotiators on both sides should take heed of the 44 percent of avid fans (and 30 percent of all fans) that say a stoppage would make them feel less interested in MLB once the games resume.

"That is a large percentage of the MLB fan base," said Charles Grantham, Director of the Center for Sport Management within Seton Hall's Stillman School of Business, which sponsors the Poll. We know from previous work stoppages, whether initiated by management (lockout) or labor (strike), that fans tend to come back. Today, however, there is immense competition in entertainment. These numbers are not encouraging and should be very concerning for a sport attempting to reverse a steady decline in ratings and attendance."

By contrast, in what can be seen as good news for baseball, 46 percent of avid fans (and 41 percent of fans in general) say that the stoppage will not make them less interested in MLB. Among the general population, however, only 19 percent said they'd be less interested whenever baseball resumes while 27 percent will retain their current level of interest. Perhaps most concerning for baseball is that across the board among the general population 54 percent said they are currently not interested in MLB.

DH All Around
In a finding that may be of particular interest to negotiators and the league, among those who call themselves "avid sports fans" 62 percent to 10 favor both leagues employing the designated hitter (DH) rule. Among all who identify as fans (avid and otherwise) 42 percent favor the DH in both leagues versus only 12 percent who disagree.

The support for the designated hitter in both leagues seems to have turned following the 2020 "all DH" Covid-rule change. In April 2021, the Seton Hall Sports Poll found avid fans favoring the addition of the DH in the National League by a 57-17 percent margin.

As recently as April 2019, however, when asked by the Poll whether the DH should be extended to the National League only 22 percent of those who follow baseball supported it – with 61 percent saying it should be left alone.

Pitching
Asked whether relief pitchers should be required to face three batters (unless an inning ends), avid fans said yes by 46-23 percent while sports fans in general said yes by 34-22 percent.

Shorter Season
Perhaps counterintuitive, when avid fans were asked about shortening the season by 8-12 games, they said yes by 49-34 percent. Sports fans in general said they would like the shorter regular season by a margin of 39-27 percent.

Extend Division Series?
As for lengthening the Division Series from best of five to best of seven, avid fans supported that by a 49-38 percent margin. Sports fans in general, however, narrowly opposed it, with 34 percent saying yes to a longer series while 36 percent said no.

"The support for an extension of Wild Card games is greater than 2 to1 and for the division series significant as well," said Seton Hall Marketing Professor and Poll Methodologist Daniel Ladik. "Couple the desire for more playoff baseball with the fans' desire for a shorter regular season, and the script for a more viable gameplan for MLB writes itself."

End the Shift?
Prohibiting the overshifting of infielders found only 36 percent of avid fans in favor, with 44 percent opposing a rule change that would stop the shifts. Among all sports fans, even less supported a prohibition on shifts, with only 24 percent in favor of a ban and 41 percent opposed.

7 Inning Double Headers?
Maintaining seven-inning doubleheaders (as was the case in 2020-21), drew 47 percent in favor of the shortened games from avid fans vs. 38 percent opposed (in favor of returning to full nine-inning games). For sports fans in general, support for seven inning games was evenly divided, 36-36 percent.