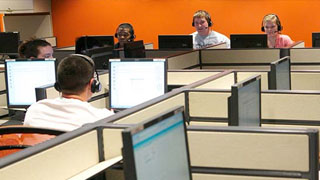 South Orange, NJ, April 29, 2021--By a 55-31 percent margin, a new Seton Hall Sports Poll has found that sports fans across the country support Major League Baseball's decision to move the All-Star Game out of Atlanta in the wake of Georgia's new voting laws. Those who call themselves "avid fans" are even more supportive, agreeing with MLB by a 67-25 percent margin.

These were the findings of a Seton Hall Sports Poll conducted April 23-26 geographically spread across the United States using a national representative sample weighted according to gender, age, ethnicity, education, income and geography based on U.S. Census Bureau figures. The Poll had 1,563 adult respondents with a margin of error of +/- 3.2 percent.

"When I had the profound pleasure of meeting with Nelson Mandela in 1993 as the Executive Director of the National Basketball Players Association, he encouraged us to use our positions in sport to become agents of change," said Seton Hall Professor Charles Grantham, director of the Center for Sport Management within the Stillman School of Business. "It is perhaps a long time in coming, but there would seem to be more support than ever for that proposition amongst the leagues, the players and the fans as well as the general public. But so far, the moves are largely symbolic and will require the leagues to utilize their strong political lobby to effectuate legislative and policy change."

An Olympic Boycott for Beijing Games?

Moving on to the global stage, respondents to the poll were also asked about a possible boycott of the 2022 Winter Olympics in China, a country often cited for human rights violations. Asked if they would support a boycott of the games, 55 percent of the U.S. general population said yes, with only 23 percent saying no, and 22 percent saying they did not know or held no opinion. Among sports fans, support for a boycott rose to 57 percent vs. 27 percent opposed to a boycott, and among avid fans, 65 percent said yes to a boycott vs. 23 percent saying no. The don't know/no opinion responses were 16 percent and 12 percent respectively for these self-described fans.

When Americans were asked if they would support an Olympic boycott if multiple countries joined in, the "yes" numbers (in favor) rose to 60 percent for the general population, 62 percent for sports fans and stayed even at 65 percent for avid fans.

Should Athletes Be Able to Participate Independently if Their Countries Boycott the Olympics?

Should Leagues and Teams Use Their Influence To Affect Social Change?

Asked whether organizations (sports leagues and teams) should use their influence to affect social change, the general public supported such actions by a 48-36 percent margin with 16 percent answering don't know/no opinion. The level of support for teams and leagues wielding their influence to affect social change rose to 52 percent for sports fans and 61 percent for avid fans.

Should Governments Use Sporting Events To Influence or Affect Social Change?

Asked if athletes and/or players associations should use their influence to affect social change – 51 percent of the general population said yes, compared to only 35 percent no and 14 percent who said they did not know or had no opinion. Support for the players' advocacy rose among sports fans to 55 percent with 34 percent opposing. Among those who describe themselves as "avid fans," those in favor rose again to 65 percent with opposition declining to 28 percent (11 and seven percent, respectively, saying don't know/no opinion).

"The question of moving major events in response to legislation or boycotting the Olympics gets to the heart of sports and society, and one influencing the other," said Grantham. "If the leagues, teams and players continue to wield their economic and political power as agents of change, the potential for real and meaningful impact can be realized."