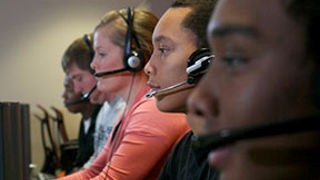 Since the passage of legislation in 29 states last year that provides for student-athletes to receive payments for use of their name, image or likeness (NIL), there has been double digit increase in public support for the practice.

The poll asked: "Do you think student athletes should be allowed to profit from the use of their name, image, or likeness?"

When the Seton Hall Sports Poll asked this same question one year ago, 56 percent of the general population said that student-athletes should be allowed to profit from NIL use. Now, the number has risen to 68 percent. Those opposed a year ago stood at 25 percent; today, only 15 percent oppose it. In sum, last year Americans favored NIL payments for student-athletes by more than 2 to 1; this year, the margin is greater than 4 to 1.

The Seton Hall Sports Poll was conducted March 11-14 across the United States using a national representative sample weighted according to gender, age, ethnicity, education, income and geography based on U.S. Census Bureau figures. The Poll featured 1,528 adult respondents with a margin of error of +/- 3.2 percent.

Pay for Madness?
Asked if student athletes should be financially compensated for participating in March Madness in addition to a scholarship and cost of attendance stipend, 46 percent of the general population agreed with the proposition while 27 percent were opposed. Among sports fans, the yes vote carried by 55-30 percent, and among avid fans, by an even greater margin of 69-20 percent.

"The numbers indicate that those who are the consumers of this product, sports fans, believe it's time to share revenue with the student-athletes," said Professor Charles Grantham, Director of the Center for Sport Management within Seton Hall's Stillman School of Business, which sponsors the Poll. "March Madness is a multi-billion dollar business and almost everyone except the players is being paid well."

Social Media Madness & Brackets
As for "second screen" viewing (when viewers are watching TV along with a secondary device), 38 percent of sports fans and 52 percent of avid fans said they will follow or engage with social media during the tournaments, while 45 percent and 34 percent respectively said they will not.

"Given the second-screen viewing habits of those watching the NCAA Tournaments, it would be smart for big brands to create ad campaigns which reach multiple screens," said Seton Hall Marketing Professor and Poll Methodologist Daniel Ladik. "Another benefit of second-screen viewing is smaller brands can still 'get in the game' with reduced ad budgets on social media platforms."

Questions with charted breakdowns may be found in an online version of this release here.