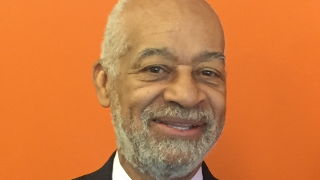 Professor Charles Grantham, former executive director of the National Basketball Players Association and director of the Center for Sport Management in the Stillman School of Business, was featured in The New York Times.

The article, "Russell Okung Wants to Disrupt the N.F.L. Establishment," details the campaign by Russel Okung, an offensive lineman for the San Diego Chargers, to become president of the N.F.L. Players Association and effect change through confrontation to bring about what he believes would be a more equitable arrangement between players and owners in the N.F.L.

The current collective bargaining agreement between N.F.L. players and owners is set to expire after next season.

Already a member of the executive committee of the N.F.L. Players Association, Okung plans to run for union president to replace Eric Winston, who must step down in March because he is no longer on an active roster. More broadly though, Okung’s life-changing diagnosis has spurred him to want to create a far more aggressive union, to disrupt the status quo and reverse what he sees as years of concessions, even if this leads to a lockout or a strike when the collective bargaining agreement expires after next season.

He wants to fight for a greater share of the league’s revenue, and redefine what owners share with the players. He is seeking better health care and bigger pensions for retired players. Okung said the union needs more power to audit the league’s finances and a stronger arbitration system. He wants to overhaul the wage scale and even review the current union structure.

As a principal negotiator, Charles Grantham helped to establish the NBA's four historic Collective Bargaining Agreements between 1980 and 1995 and was an architect of the industry's first revenue-sharing/salary cap business model—a multi-billion dollar labor contract.

Former union leaders applauded Okung for taking a long view. Charles Grantham, the director of the Center for Sport Management at Seton Hall University and a longtime executive at the National Basketball Players Association, said Okung entered the league before the current deal was struck in 2011 and can see how the owners outmaneuvered the players on several key issues, including extending the agreement to 10 years from five.

"It's important that a veteran like Russell remind all players that the pressure by management to sign a 10-year deal isn't something you necessarily need to do," Grantham said. "He can see the bigger picture of where labor and management have been."