Three Soldiers and a Sailor 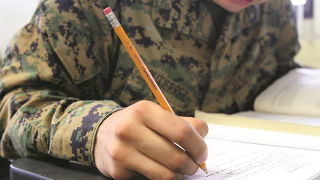 Representing over ten percent of the newest M.B.A. class, three Army soldiers and one Navy sailor signed up to advance their education at the Stillman School of Business. They attended the Spring 2018 Launch Experience during the weekend of January 18-20, an immersion event that kicks off the M.B.A. program.

Director of Stillman Graduate Admissions, Alfred Ayoub, enthusiastically notes, "This is the largest incoming veteran M.B.A. population for the Spring term since 2016."

Each of the four veteran students has a unique story about how he joined the U.S. Armed Forces, and their experiences are all different. However, they share a common theme with regard to hitting the books after shedding the boots: taking advantage of the Post-9/11 GI Bill that enables them to expand their breadth of knowledge and enhance their career paths in the civilian job market. 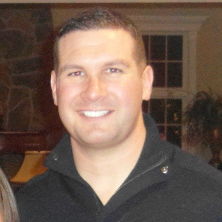 Adam Hansinger (U.S. Army, 2008-2013, Captain), enrolled in the program full-time, discusses his reason for returning to the classroom. "Having gone through the military, and having been in the business world for several years, I decided that furthering my education is very, very important, and something I can't take for granted." Hansinger graduated from The United States Military Academy, in West Point, NY, in 2008. He holds a Bachelor of Science in Business Management and Leadership. 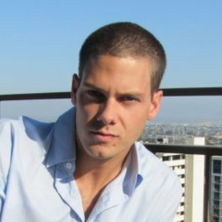 Jonathan Owens (U.S. Navy, 2006-2010, Boatswain Mate), currently working 50 hours per week as an analyst for Liquidity Solutions, says, "The biggest factor that led to the decision came from not wanting to feel limited with regard to potential work opportunities." Owens graduated in 2014 from Baruch College with a Bachelor of Business Administration in Digital Marketing. 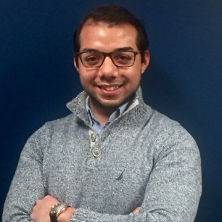 Johnny Guerrero (U.S. Army, 2010-2015, Executive Administrative Assistant), is pursuing a dual B.A./M.B.A. degree from Seton Hall. He plans to graduate in May 2018 with a Bachelor of Arts in Political Science, and an anticipated M.B.A. in May 2020. Guerrero is the first in his family to enlist in the Army, and he will be the first generation in his family to obtain a graduate degree. He affirms the reason behind continuing his higher education. "An MBA will help me become the transformational leader that I want to be." 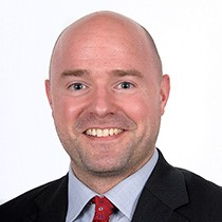 Mark Weber (U.S. Army, 2003-2009, Captain), graduated from North Carolina State University, in 2001, with a Bachelor of Science in Biological Sciences. Weber is currently taking seven prerequisite courses and three classes on a full-time basis. "With an MBA from the Stillman School of Business, I will be better positioned to make an impact through my professional career…to make a positive impact in peoples' lives."

The GI Bill, enacted in 1944, has provided certain educational benefits to veterans in order to improve their futures. The purpose then and now is to provide access to education and/or training that helps veterans transition from active duty to civilian life.

According to the Department of Veterans Affairs, the GI Bill has changed during the course of the past seven decades. The most recent revision, The Harry W. Colmery Veterans Education Assistance Act of 2017, commonly referred to as the "Forever GI Bill," was signed into law last year. It made several changes to GI Bill benefits, one of which was an extension of the time limit to use the Post-9/11 GI Bill. According to a memorandum issued by the House Committee on Veterans' Affairs, dated November 29, 2017: "For the first time in the history of the GI Bill, new service members will be able to use the benefit throughout their lifetimes."

Adam Hansinger knew he wanted to serve his country. Although no one in his immediate family had served in the military, he felt the urge to be part of a greater good. "My parents wisely said, 'Why don't you first get an education because the military's not going anywhere!'" Coincidentally, while playing high school lacrosse, West Point took notice of Hansinger's abilities and recruited him to play the sport in the NCAA Division 1 Conference. It was a perfect match. Immediately following Hansinger's five years in the Army, with one tour in Iraq, he began working in medical sales for Johnson & Johnson's junior military officer training program, where he advanced to account manager and territory leader roles. In March 2017, Hansinger took a position as Territory Manager for Fujifilm SonoSite, Inc., managing a territory worth $2.5 million.

Jonathan Owens attended Navy boot camp in late 2006, in Great Lakes, Illinois, and after four months, he transferred to San Diego. "I went on two seven-month deployments in the four years I served," Owens relates. "They were Western Pacific deployments (WESTPACs). I operated our ship's security boat where we would survey the perimeter and interview and board other boats that came close." After four years of enlistment, Owens chose to leave the Navy. He is currently an analyst, heading international operations for a liquidity firm, Liquidity Solutions, researching and purchasing distressed debt.

Johnny Guerrero (whose last name, he points out, means "warrior" in Spanish) joined the Army in August 2010. He took the standardized Armed Services Vocational Aptitude Battery (ASVAB) test to determine his strengths, weaknesses and potential for success. The test results indicated that Guerrero had a chemical and biological aptitude, which gave him the opportunity to begin working as a Chemical Operations Specialist, where he trained a unit on chemical, biological, and radiological readiness, managed equipment for chemical and radiological detection, and developed related training plans. After two years, the Battalion Commander appointed Guerrero as Executive Administrative Assistant, a position in which he spent three years managing projects and budgets for the executive office.

Mark Weber's five years of experience as an Army Captain and five years as a civilian project management professional combine a wealth of leadership and management skills. Weber's military career as a commissioned officer included field artillery and two tours in Iraq. Upon leaving the Army in 2009, he took a job with Ascend Intelligence, in Afghanistan, training and advising U.S. soldiers on incorporating Tactical Ground Reporting (TIGR) into established intelligence and counterinsurgency operations to improve their effectiveness. After five months in Afghanistan, Weber returned to work with BRTRC, in the Washington, D.C., metro area, as a contractor in support of the Army's research. He managed and trained teams in areas such as U.S. Army's Research, Development and Engineering Command. In 2012, he supported the U.S. Army's mission in Afghanistan as a training officer and liaison. Weber's civilian career extended into a Business Development Manager role with Textron Systems Support Solutions, then Oakwood Controls Corporation, eventually ending up at Northern Mutual.

"With their exceptional backgrounds," remarks Ayoub, "all four of these highly motivated individuals are a natural fit for our business school curriculum." Ayoub also believes the military veterans add a significant level of "leadership and discipline to our learning community."

Dean of Stillman School of Business, Dr. Joyce Strawser, echoes the sentiment. "We strive to recruit a diverse mix of students for our business programs because we recognize the value of having students share their unique experiences and perspectives." With regard to leadership, she adds, "We are confident that the contributions of our military veteran M.B.A.'s will greatly enrich the classroom dynamic."

Hansinger admits that he has a lot to offer. "I understand generally how business is run, so I think having them [student cohorts] lean on me for general business practices and real-world applications will be helpful." He also acknowledges that he has a lot to learn. "At the same time," he says, "I'll be asking them questions about what they learned in recent undergrad that I didn't learn in undergrad ten years ago."

Weber also expects his experience will lend itself to a leadership role. "During my career I've had a lot of project management, and that's certainly something I expect to bring to the classroom." With regard to teamwork, he hopes to apply a system he developed throughout his military and civilian career. "First, understand what we're trying to accomplish; second, communicate so that everyone has the same goal, and third, divide up the work, determining who's responsible for what and how it ties in to the ultimate objective."

Stillman's mission to "enrich each student's life through an ethics-centered education focusing on transforming concepts into business practice," resonates with Guerrero, who wishes to pursue an ethical leadership role, both inside the classroom and throughout his career. "The Stillman School of Business is aligned with my core values," he shares, "because it emphasizes an ethics-focused education." He plans to implement these values in his future workplace by "bringing a sense of unity to the workplace and teaching employees to become leaders on their own."

Professor James Modlin (Department of Management), who served in the U.S. Army as a commissioned officer and held several senior leadership positions within Fortune 500 companies, sees military veterans as strong assets to Seton Hall, and, in particular, Stillman. "[They] support the Stillman mission and any business culture by bringing a record of success in a very ethics-centered, high-stress, and selfless environment". Furthermore, Modlin claims, "Military veterans understand the importance of integrity, being a team player, placing duty before self, and service to others." He believes this team-centered, selfless background generates individuals who are problem-solvers, critical-thinkers and effective communicators, all "key attributes of being successful in business."

"I would certainly welcome them to seek me out, or any other military veteran on campus," says Modlin. Other Stillman faculty veterans include Professor Michael Reuter, Director of the Center for Leadership Development, and Professor Tom Tarbutton (both Department of Management).

"We are grateful for their service," says Strawser, "and so proud to welcome them to our Stillman family!"

Seton Hall's financial aid office encourages inquiries from military veterans who may be considering a return to higher education. Foster has 15 years of experience in financial aid, and is himself a U.S. Marine Corps veteran. "We are here to assist veterans," he emphasizes, "in their transition to the Hall from point of acceptance to graduation with a seamless process, utilizing the full resources of the University."