Many Think Settlement with Kaepernick is Admission of Collusion by NFL 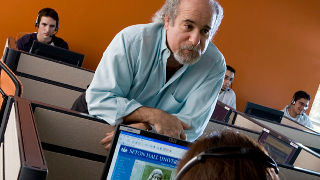 In a national poll, 45 percent of the public said that they believe the confidential settlement of Colin Kaepernick's lawsuit against the NFL for collusion was essentially an admission of guilt on the part of the NFL. On the other side, 40 said it was not an admission. Of those polled, 15 percent said they did not know or had no opinion.

White people were evenly divided on whether the settlement amounted to an admission of collusion by the NFL, but African-Americans said they believe it is by a 3 to 1 margin.

Kaepernick is credited with beginning the "anthem protests" in the NFL which drew ire and even boycotts from many football fans as well as President Trump. Although a past poll had shown 32 percent of Americans supported Kaepernick's protests, which were intended to draw attention to racism in America, roughly 44 percent disapproved, with the rest (24 percent) either having no opinion or not knowing.

In the same poll (September 28, 2017), when asked whether or not NFL players should be ordered to stand for the national anthem or be fired from the team as President Trump had suggested, only 18 percent responded "yes."

Kaepernick became a free agent in early 2017 and was not hired by any NFL team. He brought suit against the NFL for collusion in keeping him out of the league. He was not hired for the 2018 season either.

Results consistent with 2017 findings
With 45 percent of those polled across the nation saying they believed the settlement was an admission by the NFL that collusion against Kaepernick took place, the overall finding was consistent with the Seton Hall Sports Poll of 2017, which queried the public on why they thought Kaepernick had not yet been hired by any NFL team. Then "47 percent felt it was because of his protests and 19 percent because he wasn't good enough." 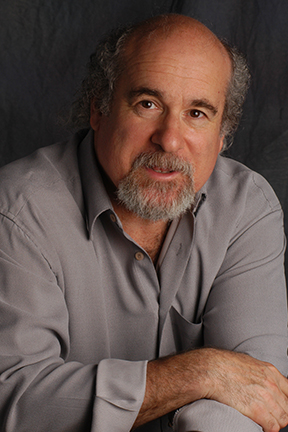 "I would imagine the court settlement stipulated that there was no admission of collusion by the NFL, but in the court of public opinion, not everyone buys that," said Rick Gentile, director of the Seton Hall Sports Poll, which is sponsored by the Sharkey Institute in the Stillman School of Business. "The bottom line is that given that each NFL team has a quarterback and two backups, it's difficult to understand outside of the context of the anthem protests why Colin Kaepernick, who played in a Super Bowl a few years ago, was unable to land a job even as a backup to the backup."

For these most recent findings, 794 adult Americans were polled on both landlines and cellphones, with a margin of +/- 3.5%.

New Job for Kaepernick in the NFL?
Regarding Kaepernick's future prospects of a job in the NFL, the margins weren't nearly as close as those regarding an admission of collusion. By more than a 3-1 margin (41-13%), respondents believed that Kaepernick's chance of being signed to a new NFL contract has decreased because of the settlement.

Impact of Settlement on Protests
The settlement of Colin Kaepernick's lawsuit against the NFL also finds the nation evenly divided on its impact on his protests. By a margin of 44 to 42 percent (14 percent not knowing or having no opinion), the public says the settlement has not diminished the impact of Kaepernick's protest.

While white respondents were evenly divided on whether the settlement diminished the impact of the protests, by 2 to 1, African-Americans believe that it does diminish the impact.

Disapproval of University of Mississippi Basketball Protesters
In a related matter, by a 42 to 29 percent margin (29 percent did not know or had no opinion), people disapproved of the University of Mississippi basketball players kneeling last weekend to protest an on-campus rally honoring Confederate soldiers. That margin draws a close comparison to the September 2017 Kaepernick findings. However, 12 out of 13 African-Americans offered support of the protest.

Results breakdown below; this release may be found online at the Seton Hall Sports Poll Blog.

The Official Seton Hall Sports Poll podcast discussing this topic with Seth Everett and Rick Gentile can be found on iTunes.

About The Poll
The Seton Hall Sports Poll has been conducted regularly since 2006. Recently chosen for inclusion in iPoll by Cornell's Roper Center for Public Opinion Research, its findings have been published everywhere from USA Today, ESPN, The New York Times, Washington Post, AP, and Reuters to Fox News and most points in between.

This poll was conducted by telephone February 25-27 among adults in the United States. The Seton Hall Sports Poll is conducted by the Sharkey Institute within the Stillman School of Business. Phone numbers were dialed from samples of both standard landline and cell phones. The error for subgroups may be higher. This poll release conforms to the Standards of Disclosure of the National Council on Public Polls.

About Seton Hall University
One of the country's leading Catholic universities, Seton Hall has been showing the world what great minds can do since 1856. Home to nearly 10,000 undergraduate and graduate students and offering more than 90 rigorous academic programs, Seton Hall's academic excellence has been singled out for distinction by The Princeton Review, U.S. News & World Report and Bloomberg Businessweek.

Seton Hall embraces students of all religions and prepares them to be exemplary servant leaders and global citizens. In recent years, the University has achieved extraordinary success. Since 2009, it has seen record-breaking undergraduate enrollment growth and an impressive 110-point increase in the average SAT scores of incoming freshmen. In the past decade, Seton Hall students and alumni have received more than 30 Fulbright Scholarships as well as other prestigious academic honors, including Boren Awards, Pickering Fellowships, Udall Scholarships and a Rhodes Scholarship. The University is also proud to be the third most diverse national Catholic university in the nation.

During the past five years, the University has invested more than $165 million in new campus buildings and renovations. And in 2015, Seton Hall launched a School of Medicine as well as a College of Communication and the Arts. The University's beautiful main campus in suburban South Orange, N.J. is only 14 miles from New York City — offering students a wealth of employment, internship, cultural and entertainment opportunities. Seton Hall's nationally recognized School of Law is located prominently in downtown Newark. The University's Interprofessional Health Sciences (IHS) campus in Clifton and Nutley, N.J. opened in the summer of 2018. The IHS campus houses the University's College of Nursing, School of Health and Medical Sciences and the Hackensack Meridian School of Medicine at Seton Hall University.

For more information, visit the homepage of Seton Hall University.