By More Than 3-1, Americans Agree with US Diplomatic Boycott of Winter Olympics; 40% Think US Should Have Pulled Athletes Too 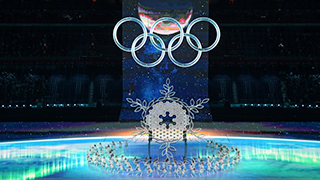 By more than a 3-1 margin, the general population of the United States agrees with the decision to have diplomats boycott the 2022 Winter Olympic Games, which begin this Friday in Beijing, China.

Citing human rights violations, the United States along with Great Britain, Canada and Australia are staging a diplomatic boycott of the Winter Olympics, meaning that no ambassadors or officials from these countries will attend. The athletes, however, will still be competing in the games.

On the question of whether the U.S. should have pulled its athletes from the Winter Olympics competition in addition to the diplomatic boycott, 40 percent of the general population said yes, with 32 percent saying no (28 percent said they did not know or held no opinion).

These were the findings of a Seton Hall Sports Poll conducted January 28-February 1 across the United States using a national representative sample weighted according to gender, age, ethnicity, education, income and geography based on U.S. Census Bureau figures. The Poll had 1,513 adult respondents with a margin of error of +/- 3.2 percent.

Interestingly, even among those who said they intend to watch the Winter Olympics, 35 percent said they think the U.S. should have pulled its team.

“These survey findings reflect years of increasingly caustic rhetoric by politicians on both sides of the Pacific,” said Martin Edwards, Professor and Chair of the School of Diplomacy and International Relations at Seton Hall University. “They also reflect a realization that we do need to shine a greater spotlight on China’s human rights record. The diplomatic boycott sends a message to a status-conscious power without punishing athletes in the process.”

The public was also asked what they thought about Olympic athletes voicing their opinions on social causes. Among respondents, 62 percent said it is appropriate for these athletes to speak out against perceived human rights issues in their own nation, while 21 percent said it is not (remainder did not know/no opinion).

With regard to Olympic athletes speaking out against perceived human rights issues in other nations, however, the approval number, though still a majority, dropped to 53 percent, with 27 percent objecting.

Although more Americans than not thought it appropriate to protest at the Olympics, those in favor totaled 46 percent while those against came to 36 percent.

“In some ways, we’ve come a long way in our views regarding the rights of athletes to call out human rights issues both here and abroad,” said Professor Charles Grantham, director of the Poll and the Center for Sport Management within Seton Hall’s Stillman School of Business. “When John Carlos and Tommie Smith protested at the1968 Olympics for social justice in America, they were expelled from the games and vilified. More than half a century later, American attitudes have changed.”

Thirty-seven percent of the general population said they planned on watching part of the Beijing Games. That number, however, was 49 percent when the Seton Hall Sports Poll asked people about their plans to watch the 2021 Tokyo Summer Games. Among avid fans, 58 percent said they planned on watching the Winter Games as opposed to 71 percent when the Poll asked about Tokyo.

Twenty percent of the general public, 29 percent of sports fans and 38 percent of avid fans say they plan to check internet/social media for any event results prior to watching on broadcast TV.

“This is a trend worth noting,” said Seton Hall Marketing Professor and Poll Methodologist Daniel Ladik. “Information accessibility is ubiquitous and as readily accessible as the smartphone in your hand. This is a real dilemma for broadcasters and, it would seem advertisers, who are dealing with potentially less engaged viewers.”

The Poll asked several questions in light of the National Hockey League’s decision (supported by the NHL Players Association) not to have its players participate in the Beijing Games. Asked if that diminishes the value of the gold medal in men’s ice hockey, 40 percent of both the general population and sports fans (42 percent of avid fans) said it did not. Among the general population, 31 percent said it did diminish the medal’s value, and 30 percent said don’t know/no opinion. Among sports fans, it was evenly divided with 40 percent to 40 percent (20 precent don’t know, undecided). Among avid fans, it was also fairly well divided, with 42 percent saying that the absence of NHL players will not diminish the value of the gold medal in hockey, and 44 percent saying yes it will. Thirteen percent said they did not know or had no opinion.

Fifty percent of the population agreed with the NHL/NHLPA decision to not have its players take part in the Beijing Winter Olympics, with 23 percent opposed (26 percent don’t know/no opinion). Among sports fans support for the decision to not take part was higher at 55 percent and among avid fans 56 percent. Those not supporting the decision were 25 percent and 26 percent respectively.

The host nation has also banned families of Olympic athletes, and here there is more disagreement. The general population disagrees with the exclusion of the families of athletes by 41-34 percent, sports fans disagree with the policy by 44-37 percent. For those who identify as avid fans, however, 47 percent agree with the family ban vs. 38 percent who disagree.

“Selected” spectators will be allowed at Olympic events in Beijing, a greater restriction than that which was imposed at Tokyo last summer. The general U.S. population agrees with this policy by 37-34 percent, sports fans by 43-31 percent, and avid fans by 46-28 percent.

No Cheering, Only Hand Clapping

There is also a restriction on cheering, with fans in attendance permitted to clap but not cheer. While avid fans support this by 43-38 percent, the general population disagrees (42-32 percent). The number disagreeing with the policy grows to 46-35 percent among sports fans.

Respondents were asked to name the sports in the Winter Olympics they were most interested in, with the ability to check all that applied. Perhaps unsurprisingly, figure skating led (33%), ski jumping was second (25%), snow boarding third (23%), speed skating fourth (23%), and bobsled took fifth place (21%).

Questions and charted breakdowns are included below with this release; an online version of this may be found at https://blogs.shu.edu/sportspoll/

The Seton Hall Sports Poll, conducted regularly since 2006, is performed by the Sharkey Institute within the Stillman School of Business. This poll was conducted online by YouGov Plc. using a national representative sample weighted according to gender, age, ethnicity, education, income and geography, based on U.S. Census Bureau figures. Respondents were selected from YouGov’s opt-in panel to be representative of all U.S residents. This poll release conforms to the Standards of Disclosure of the National Council on Public Polls. The Seton Hall Sports Poll has been chosen for inclusion in iPoll by Cornell’s Roper Center for Public Opinion Research and its findings have been published everywhere from USA Today, ESPN, The New York Times, Washington Post, AP, and Reuters to CNBC, NPR, Yahoo Finance, Fox News and many points in between.