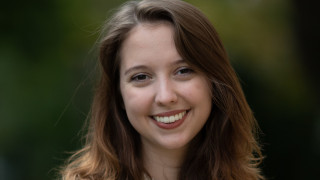 Two Seton Hall University undergraduates, Alexandra Wells, a History and English major, and George Rodriguez, an English major, were selected to participate in the 2020 Undergraduate Research Workshop at the McNeil Center for Early American Studies (MCEAS) at the University of Pennsylvania. As the MCEAS website explains, "The Workshop provides a structured environment in which students can come together with undergraduates from other institutions, as well as graduate students and faculty, to discuss the ideas, source materials, and methods of their own research." This competitive program pairs undergraduate participants, who are working on either an honors thesis or research project in early American studies, with either an MCEAS graduate or postdoctoral fellow, who serves as a mentor during the research process. 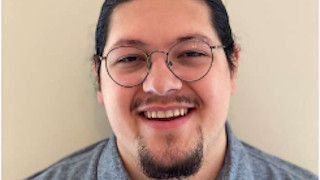 The students first met their mentors at an Undergraduate Research Workshop event on February 7. The day began at the Library Company of Philadelphia, where the participating students shared their projects and got acquainted with one another. The event then moved to the McNeil Center, where the students met their mentors and later attended the McNeil Center Friday Seminar. The featured speaker was Kirsten E. Wood, Florida International University, whose topic was "Beyond Temperance: Accommodating the Public in Early Republican Taverns."

The second part of the research workshop took place virtually on April 17 and 18. On April 17, participating students were invited to a Q&A with noted historian Laurel Thatcher Ulrich, followed by a discussion of her paper, "'Liberty. . . or the Genius of America': Revisiting the Library Company's Iconic Painting." On Saturday, April 18, the students presented their papers to a virtual audience, with discussions led by the MCEAS mentors.

Alexandra Wells' paper, "At the Hem of Government: First Ladies in the Politics of the Early Republic," is about the role of First Ladies in the politics of the early U.S. government and was directed by Dr. Sean Harvey, Associate Professor of History. Alexandra grew up in Maine, but her family recently moved to Hilton Head, SC. According to Alexandra, "I chose this thesis topic when I found a book in a thrift store on HHI about the First Ladies and I thought about how little I knew about their lives. I had an interest in Early American history and women's history so it was a perfect topic for me."

George Rodriguez' paper, "Confronting the Elephant in the Room: George Washington's Position on Slavery," examines Washington's complex and evolving attitudes about slavery and was directed by Dr. Mary Balkun, Professor of English. George is from Dallas, Texas and a senior at Seton Hall. The paper was inspired by his love for early American history, which was sparked by the Broadway show Hamilton: An American Musical. He will be continuing in the English MA program in the fall.

The MCEAS Undergraduate Research Workshop was established in 2008 and has been attended by students from such schools as Brigham Young University, Bryn Mawr College, Catholic University, Fordham University, Johns Hopkins University, Lehigh University, New York University, and Princeton University. Seton Hall students formerly participated in the seminar in 2017 and 2018.