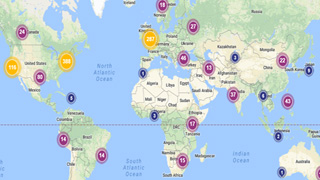 "Political Analysis is a journal of consistently high quality that features well-written and informative pieces on a range of politics-related topics," said Professor Robert Pallitto, chair of the Political Science and Public Affairs Department (PSPA). "The student authors utilize different methodologies and cover diverse subject-matter. The contributions often reflect the end-product of our Senior Seminar class, where students work with a PSPA faculty member to produce a senior thesis."

The journal's executive editor for the 2017/2018 academic year was Rachel Beeman '18, who produced Political Analysis with an editorial board consisting of three other undergraduates: Hadeka Rasul '17, Marina Khagado '18 and Cassidy McManus, now a rising senior. The faculty advisor is Professor Terence Teo.

In existence since 1990 and published annually, the journal migrated to Seton Hall University's eRepository in 2016. The eRepository, as part of the University Libraries, exists as a publishing service for the preservation and dissemination of University scholarly works. The eRepository also reached a milestone last year when it surpassed 2,000,000 downloads worldwide, and is about to hit 2.5 million.

"Students now have metrics about their article readership for their resumes, job interviews or graduate school applications," noted Lisa DeLuca, Co-Manager of the eRepository at the University Libraries. "It is impressive to see that Rasul's article, uploaded in May 2018, has already been read in 37 countries. With the analytics dashboard, students can see the immediate impact of their efforts."

The reach of the journal has grown considerably from when it was first created by Professor Jo-Renee Formicola "as a forum for our best and brightest." The first issue, she says, "was hand-typed and printed at the SHU printing office." Formicola helped the students to produce the journal for about fifteen years, before she passed on the mentorship torch to others in the PSPA department.

According to Beeman, Pi Sigma Alpha has "been generous with its chapter grants," which are used to fund the production costs of the journal. The published papers are often featured at the University's Petersheim Exhibition, as well as the national Pi Sigma Alpha conference in Washington, D.C. This year, Hadeka Rasul and Walla El-Sheikh presented their papers, on Bitcoin regulation and The Nuclear Proliferation Treaty, respectively, at the conference.

"It is essential that we continue to produce Political Analysis each year," said Pallitto. "It provides our students with so many practically useful experiences: publishing a paper, presenting in public and learning the editorial/production process. And of course, the published works themselves add to the public's knowledge about current political issues."

Those interested in starting an academic e-journal can email eRepository@shu.edu.

The following table includes student articles and the number of country downloads.

Those interested in starting an academic e-journal can email eRepository@shu.edu or contact Sebastian Derry, Assistant Dean for Public Services, University Libraries at sebastian.derry@shu.edu or 973-275-2058.