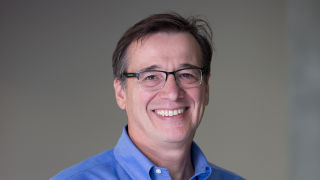 William J. Connell, Professor of History and Joseph M. and Geraldine C. La Motta Chair in Italian Studies and co-editor of the landmark volume The Routledge History of Italian Americans, is among those interviewed for the project, premiering on Columbus Day weekend on EWTN on Sunday, Oct. 11 at 10 p.m. and Monday, Oct. 12 at 6:30 p.m. It will be available for On Demand viewing after Oct.13 at www.kofc.org/Columbus. Here is the link to Trailer on YouTube.

The documentary examines the life and legacy of the explorer, the origins of Columbus Day and the symbolism of his life for Catholic immigrants, especially Italian Americans.

In interviews with the History Channel, Columbia magazine, Italian American Podcast, Shaping Opinion podcast and The Joe Piscopo Show on AM970 The Answer, Connell provides a historical framework to explore the significance and complexities surrounding Columbus, the memorials in his honor, and the complications surrounding Columbus Day for Italian Americans fighting to preserve its designation as a federal holiday as well as for those who are seeking to change it.

In Part 4 of the Italian American Podcast Conversations on Columbus series with former National Italian American Foundation President John Viola, Connell discussed the long and complex relationship between the Italian American community and Columbus. The young American republic, before the age of the great migration, celebrated Columbus as a heroic figure. The U.S. was a seafaring nation, a maritime nation, and steamships meant that more people could cross the oceans. Capturing the imagination at this time were the works of Robert Louis Stevenson and Herman Melville. People of diverse nationalities celebrated this Genoa-born seafarer.

"The big emphasis on Columbus was not his terrible work as governor on Hispaniola but instead his really brilliant voyages of discovery, his ability to rescue his men from shipwreck. In the 1880s, 1890s, that was all part of his grand figure," he said.

Speaking to the History Channel, Connell explained, "The 1792 celebration of Columbus’s landing was a [white Anglo-Saxon Protestant] holiday celebrating the new country, new land and our separation from European nations."

However sentiment was changing in parts of the nation by 1891, a year before the 400th anniversary of Christopher Columbus' voyage. The Ku Klux Klan was on the rise and xenophobia and nativism was rampant. When the police chief of New Orleans was gunned down in the street that year, police arrested 250 Sicilian immigrants, trying nine for murder. When they were all acquitted, a 20,000-person mob organized by community leaders stormed the prison, murdering them and two Sicilian prisoners being held on unrelated charges, before stringing up all the corpses in one of the largest mass lynching in American history.

"One of the most startling things about the New Orleans lynchings is the response at the time," says Connell, which was anything but sympathetic to the Italian victims.

Trying to counter this anti-immigrant prejudice and bring the entire country together, President Benjamin Harrison decides to declare a holiday to celebrate all Americans.

As Connell explained in Columbia: "When President Benjamin Harrison first proclaimed Oct. 12, 1892, as Columbus Day, the idea — lost on present-day critics — was that the holiday would recognize both Native Americans, who were here before Columbus, and the many immigrants who were then coming to this country in astounding numbers. Like the Columbian Exposition dedicated in Chicago that year, it was to be about our land and all its people. The 1892 Columbus Day parade in New York City was telling in this regard. Harrison had especially designated the schools as centers of the Columbus celebration, and thousands of public school students marched, followed by students from Catholic and other private schools, each wearing their respective uniforms. These included the Hebrew Orphan Asylum, the Dante Alighieri Italian College of Astoria and the Native American marching band from the Carlisle Indian School in Pennsylvania, which speaks volumes about the spirit of the original Columbus Day."

To explore the coverage on Christopher Columbus visit:

Shaping Opinion: Who Was Christopher Columbus?

Columbia magazine: Why the Knights of Columbus?

History Channel: Christopher Columbus: How the Explorer’s Legend Grew and Then Drew Fire