Karen Gevirtz Earns Literary Fellowship at Jane Austen's House, Publishing on Works of 18th Century as They Relate to Film and Television 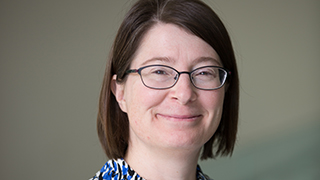 Karen Gevirtz, associate professor of English and co-director of the Women and Gender Studies Program in the College of Arts and Sciences at Seton Hall University is releasing a book, working on a research project and co-hosting a panel at a major local book festival.

These scholarly engagements lead up to and culminate in a month-long literary visiting fellowship at The Centre for the Study of Early Women's Writing, 1600-1830, in Chawton, The United Kingdom in August.

Professor Gevirtz's fellowship at The Centre for the Study of Early Women's Writing at Chawton House Library offers her the opportunity to work daily retrieving digitally inaccessible materials that will bolster her upcoming project. The library and research facility is the historical home of famed English novelist, Jane Austen.

Her research will contribute to the writing of her next work, Mary Davys and the Popularization of Science.

Once at the research library, she will begin researching the professionalization of pharmacology as it changed from domestic knowledge shared among women to a scientific field occupied by men. This project is part of her larger investigation of the ways that women were involved in science's move from the cultural fringes into the mainstream.

"This program is a once in lifetime opportunity for me," Professor Gevirtz stated. "Research projects feed my teaching and my teaching feeds the research. They benefit each other immensely."

Davys and Austen are just two of the authors Professor Gevirtz extensively researches, as a leading scholar of 18th century literature. Her expertise lies in the material's connection to gender and media at the turn of the second millennium, which she investigates in Representing the Eighteenth Century in Film and Television, 2000-2015. The book, published by Palgrave McMillan, will be available in hardcover on July 12 and online on August 9. 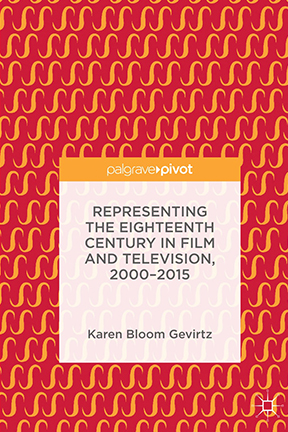 Within the first fifteen years of the new millennium, Professor Gevirtz has seen what she calls a "seemingly bizarre fascination" that modern television and film directors as well as audiences have with adaptations of 18th century texts and re-workings of texts set in that historic time.

The question, "why the sudden interest?" launches the book's discussion of the potential comparisons of the rise of industry and urbanization in the 18th century to the modernizing technological changes that faced the new millennia.

"What occurred, even back in the 18th century, are relatable situations," Professor Gevirtz explained. "People see something very relatable in the ideas about romance, technology and change that the people of the 18th century experienced."

A chapter on Jane Austen delves into the countless remakes, adaptations, and re-imaginations of many of, including Austen's most famous work, Pride and Prejudice. This resurgence in and discussion of Austen and Austen-related material give Gevirtz the chance to co-host a panel discussion of a similar topic at the Maplewood South Orange Book Festival on Saturday, June 10.

The panel event, entitled "Jane Austen: Then and Now," will feature New York Times reporter and novelist Kathleen Flynn as the two consider Austen's historical and contemporary influence on literature at 11 a.m. at the Burgdorff Center in Maplewood, NJ.

For more information on the Maplewood South Orange Book Festival, visit its website at http://www.mapsobookfest.org/book-festival-schedule/.