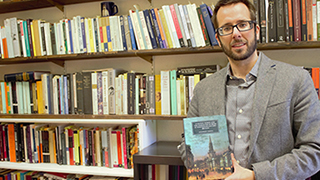 Professor Jonathan Farina has published Everyday Words and the Character of Prose in Nineteenth-Century Britain through Cambridge University Press, the oldest publishing house in the world.

Farina, who is founding director of Humanities and the Public Sphere in the Department of English, studies the history of fiction as a genre, as a category of knowledge, and as a repository of everyday epistemic assumptions.

In the book, he analyzes how these three interests converge in the Victorian concept of "character" by studying the recurrence of colloquial words and phrases such as "a turn," "as if," "but," "something," "particular" and "general" in literature and other scientific writing.

As explained by Cambridge University Press: 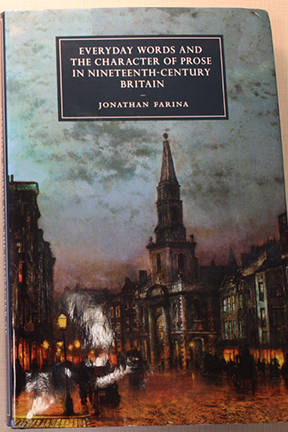 Everyday Words is an original and innovative study of the stylistic tics of canonical novelists, including Austen, Dickens, Trollope, Thackeray, and Eliot. Jonathan Farina shows how ordinary locutions such as "a decided turn," "as if," and "that sort of thing" condense nineteenth-century manners, tacit aesthetics and assumptions about what counts as knowledge. Writers recognized these recurrent "everyday words" as signatures of "character." Attending to them reveals how many of the fundamental forms of characterizing fictional characters also turn out to be forms of characterizing objects, natural phenomena, and inanimate, abstract things, like physical laws, the economy, and legal practice. Ultimately, this book revises what "character" meant to nineteenth-century Britons by respecting the overlapping, transdisciplinary connotations of the category.

You can read more about Everyday Words and the Character of Prose in Nineteenth-Century Britain and access sample chapters on the Cambridge University Press, Academic website.