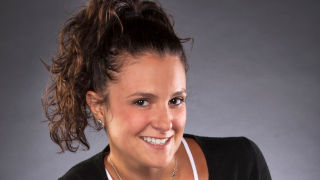 In life, there are many paths and doors to choose, each leading to a different future. High school students selecting the next step in their education face this challenge. Some choose with confidence, others are not so sure. Lauren (Dragona) Breen '09 and her best friend began their higher education journey together at Seton Hall. When her first year was up, the Pirate had found such a warmth in the connections she made that Seton Hall became her home away from home, an extended family.

During her high school years, Breen was an active student, spending a lot of her time in extracurricular activities such as cheerleading and the Family Career and Community Leaders of America student organization where she discovered her talent as a communicator and her passion to share heart-moving stories. Wanting her voice to reach a broader audience, Breen decided to pursue a bachelor's degree in broadcasting complimented with a minor in Spanish. While at The Hall, Breen prepared for her future by taking advantage of the internship opportunities the University connected her with. She took the skills she learned in the classroom and applied them in the field to get hands-on experience.

Breen describes her career as a "testament to Seton Hall," explaining that her extensive experience in the field of production, working for several known networks including Madison Square Garden (MSG), The Food Network, and Showtime, were possible because of the skills she learned through her classes and the support she received from her professors and the Seton Hall community. Today, Breen is the Executive Producer for Coca-Cola Studios powered by StudioNow in Atlanta, Georgia where she combines her business certification and production degree to oversee the production team, meet with clients and participate in the creative content development pre-production process. 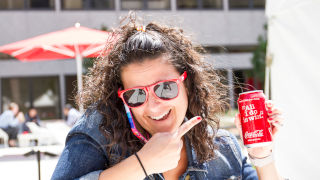 Breen's advice to current Pirates is to be diligent and not be afraid to reach out, "The Pirate community is always willing to help. I've reached out to many alumni for advice and help in the field who were always there for me, so I am always willing to do the same for other Pirates." Breen insist that tools like LinkedIn can be extremely helpful to those pursuing the job of their dreams.

Seton Hall was not only the base for Breen's successful career but also a place filled with memories she keeps close to her heart. The Pirate married her husband Chris in the Chapel of the Immaculate Conception on May 31, 2014, where her former professor, now associate dean of the College of Communication and the Arts, Thomas Rondinella served as the Eucharistic minister. Reminiscing about this emotional moment, the Pirate said, "I will never forget when I saw Rondi walk up. This is something that wouldn't be possible anywhere else," adding how special it was to her to have people who have touched her life in meaningful ways be part of her wedding day.

Lauren (Dragona) Breen '09 is one of more than of 100,000 living alumni; she exemplifies what great minds can do with a Seton Hall education. To learn more about becoming involved in Seton Hall's alumni programming and offerings, visit www.shu.edu/alumni.